REPORT: Retailers and the Ghost Economy:
$1.75 Trillion Reasons to Be Afraid

Retailers worldwide lose a staggering $1.75 Trillion annually due to the cost of overstocks, out-of-stocks and sales returns, according to a new research report released from retail analyst firm IHL Group, commissioned by DynamicAction.

IHL’s new research, “Retailers and the Ghost Economy: $1.75 Trillion Reasons to be Afraid,” is a landmark report that details the impact of overstocks, out-of stocks and returns  — the three primary components of the Ghost Economy — on the $14.5 Trillion retail economy worldwide. These inefficiencies result in “monies left on the table and the loss of sales that otherwise would be available,” as IHL’s study notes. The worldwide losses in these three categories are:

Download the IHL report free (normally up to $2,000) and find out how the average retailer can gain 11.7% in revenue by solving these unnecessary inventory, organizational and data disconnects. 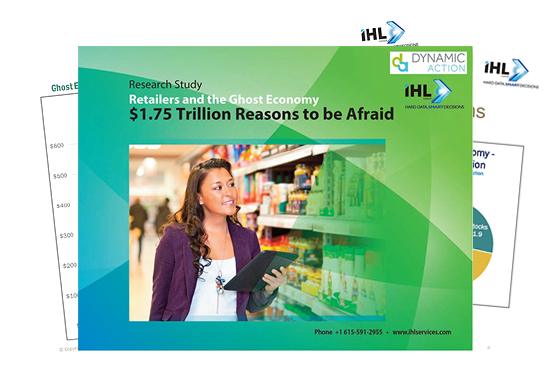